THE HISTORY OF MUGAI RYU

Mugariyu is a traditional style of Japanese swordsmanship created by Tsuji Gettan in 1693. 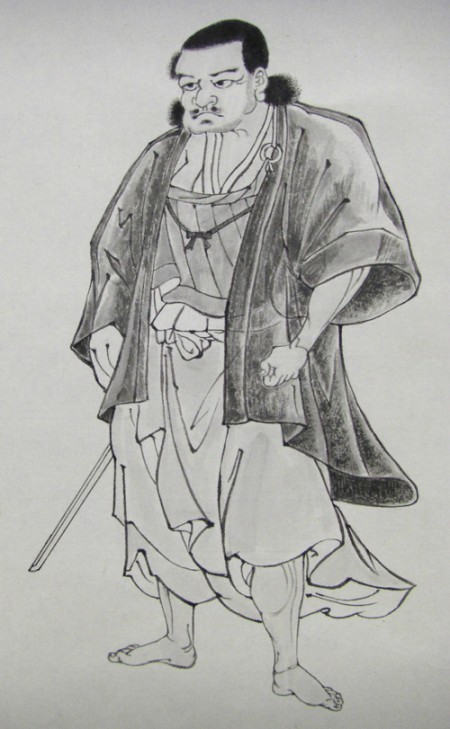 Tsuji Gettan was born in Omi, Koga in 1648. The name he was given at birth that he used throughout his youth was Heinai. At 13 years of age he moved to Kyoto to begin sword training under Yamaguchi Bokushinsai, the founder of Yamaguchi-ryu swordsmanship. After receiving his instructor license (menkyo) from Yamaguchi, Heinai was dispatched to Edo (now Tokyo) to open a dojo for Yamaguchi-ryu. He was only 26 years old at that time and was seen as a lowly country kid. Despite being conveniently located in the Kojimachi district of town, his country boy image did not help him to amass more than a handful of students.

Feeling that he lacked a certain education and maturity as a result of his failure to operate a swordsmanship school, Heinai left his dojo and began studying classical Chinese literature and Zen with Sekitan, a Buddhist priest at Kyukoji temple in the Azabu district of Edo. After Sekitan’s passing, Heinai continued his Zen studies under another priest, Kanshu, and attained enlightenment at 45 years of age. Kanshu gave Gettan the following poem and signed it in Sekitan’s name.

Heinai changd his name to Gettan Sukemochi at this time and decided to start his own style of swordsmanship, calling it Mugairyu, taking the name for his style from the first line of this poem. Nearly twenty years of Zen training had changed him from a simple swordsman to a Zen practitioner and philosopher who had met and conversed with a variety of visitors to Kyukoji, including various lords (daimyo) such as Ogasawara Nagashige, the lord of Umayabashi, Sakai Tadataka, and the lord of Tosa, Yamanouchi Toyomasa.

In the 8th year of Genroku (1695), Gettan’s home was burned to the ground in one of Edo’s many great fires that consumed large areas of the city from time to time, and as a result, the number of students under Gettan at this time is unclear. According to records of oaths taken by his students during the 14 year period between the 9th year of Genroku (1696) and the 6th year of Hoei (1710), Gettan’s wealthier students included daimyo from 32 houses, numbering 356 students, in addition to 930 of their vassals.

Gettan was only hoping to lead a life in pursuit of truth and often refused daimyo requesting his instruction. Gettan later appointed his nephew and successor, Tsuji Uheita, as the head master of the Sakai family in the Umayabashi domain (later becoming part of the Himeji domain) as well the teacher of the Isezaki branch of the Sakai family and the Koromo domain’s Naito family. His adopted son and tertiary successor, Tsuji Tsukehide, was appointed master for the Yamanouchi family in Tosa.

Gettan was a swordsman and zen practitioner who believed that sword and zen training were two sides of the same coin, which he wrote about in detail in his manuscript, “Mugairyu Swordsmanship”. Concluding this treatise on his style of swordsmanship, Gettan writes, “Mugairyu is taught with zen principles at its roots, and it is my sincere, heartfelt hope that your study and understanding of zen will guide your practice of this art of swordsmanship.” Gettan had his students practice zen mediation, and without this practice they were not allowed to read Gettan’s writings on Mugairyu.

Three months before his death, Gettan was drawn wearing a kesa (a Buddhist priest’s robes) holding a hossu (a whisk carried by a Buddhist priest), reinforcing the importance that he placed on zen training. In a separate picture, Gettan is wearing a kesa but is holding a wooden sword instead of a whisk. His piercing gaze is that of a true swordsman.

Gettan passed away in the 20th year of Kyoho (1727) having lived a life in pursuit of truth but without a family of his own. His passing was on the same month and same day as the passing of his zen teacher, Sekitan. It is said that he was sitting in mediation when he died at the age of 79 with prayer beads in his left hand and whisk in his right. 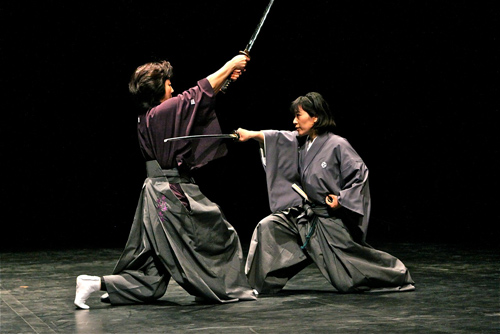 Jikkyoryu was officially inherited by the Mugairyu practitioners of the time when it was clear that there would be no successor in Jikkyoryu beyond the 6th generation soke. Contemporary Mugairyu is comprised of Jikkyoryu iaido taught in conjunction with classical Mugairyu swordsmanship. Nakagawa Shiryu Shinichi, the 11th soke of Mugairyu, is credited as the driving force behind Mugairyu and Jikkyoryu’s reformation and is known as the master who reinvented the art, which he christened “Mugairyu Iaihyodo”.
Takahashi Yasuke Mitsuaki, the 6th soke of Mugairyu, and his brother, Hidezo, were taught Jikkyoryu by the 5th generation soke of Jikkyoryu, Yamamura Masashige. The Takahashi brothers were the ones who truly incorporated Jikkyoryu into Mugairyu teachings, but it would be Nakagawa Shiryu Shinichi, the 11th soke of Mugairyu, who would ultimately compile the iaido forms into the 20 primary and 3 naiden forms familiar to Mugairyu practitioners today.

Contemporary practitioners of Mugairyu are students of Mugairyu Iaihyodo as it was recompiled by Nakagawa Shiryu Shinichi.

Nakagawa sensei appointed Ishii Gogetsu as the 12th soke of Mugariyu, but due to various circumstances, Ishii subsequently separated himself from Nakagawa leaving the art without a successor. Nakagawa passed away before he could appoint another student to the position of soke. As a result, many of Nakagawa’s students who were recipients of both menkyo (license) and menkyo kaiden (full transmission license) began referring to themselves as successive soke. However, among these licensed students of Nakagawa sensei, there has never been an official successor simultaneously recognized by each independent branch of Mugairyu, the All Japan Kendo Federation, the All Japan Iaido Federation or the Iaido Federation of Japan. Each soke should be correctly referred to as the soke of their particular branch of Mugairyu.

Niina Toyoaki was born on October 2, 1948 in Oita Prefecture in the town of Tsukumi. He began learning aikido in his youth and then found his teacher in Shinto Musoryu Jodo (staff) and Mugariyu Iaihyodo in his 20s.

He later began working for Mitsubishi Heavy Industries, where he founded the Mitsubishi Aikido Club while continuing his pursuit of other forms of budo. In 1986 he incorporated jo and iaido into the curriculum of the Mitsubishi Aikido Club. In 1987, at the age of 39, he founded the Tokyo Jodo Federation and devoted himself to bringing classical budo to the general public. In 1994, Niina founded Suimokai, an organization devoted to the teaching of iaido, which later split into 15 different organizations and prompted the establishment of the NPO Mugairyu in 2007.

Around this time, Niina created a form of short sword iaido for people with disabled right hands called Gyokushin Shinto-ryu. In 2008 he served as Chairman of the newly formed Mugairyu Foundation. He currently serves as the Chairman of the Steering Committee for Mugairyu Meishiha.
In 1986, Niina was promoted to shihan, master instructor of Mugairyu Iaihyodo and was awarded menkyo kaiden (full transmission license) in 1996. In 1998 he was promoted to hanshi, and in 1999 he was given successorship and permission to establish his own branch of Mugairyu. In 2004, he finally established the Meishiha branch of Mugairyu.

SUPERVISING SHIHAN OF THE TECHNICAL COMMITTEE 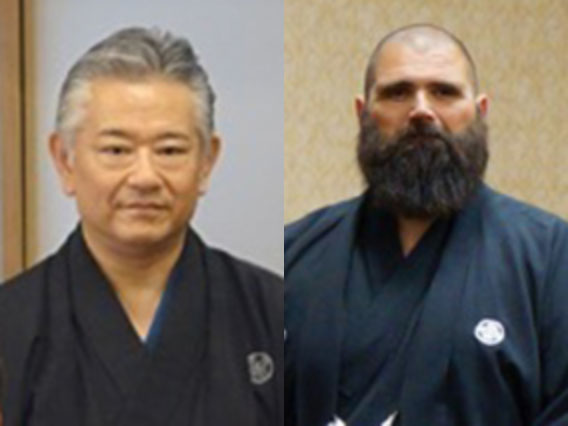 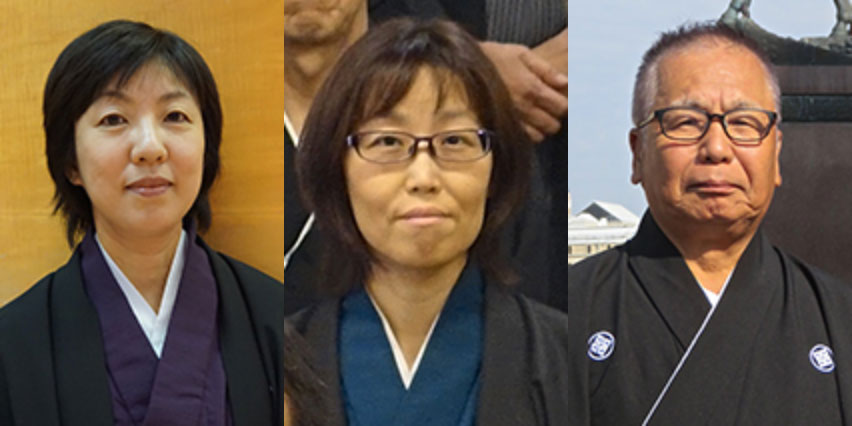 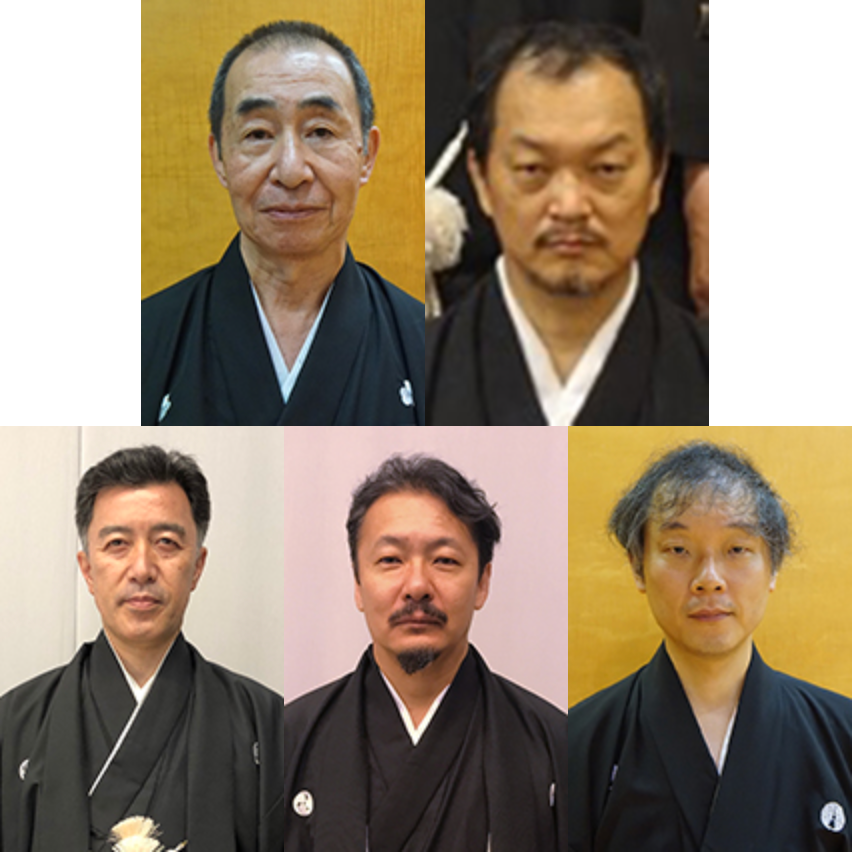 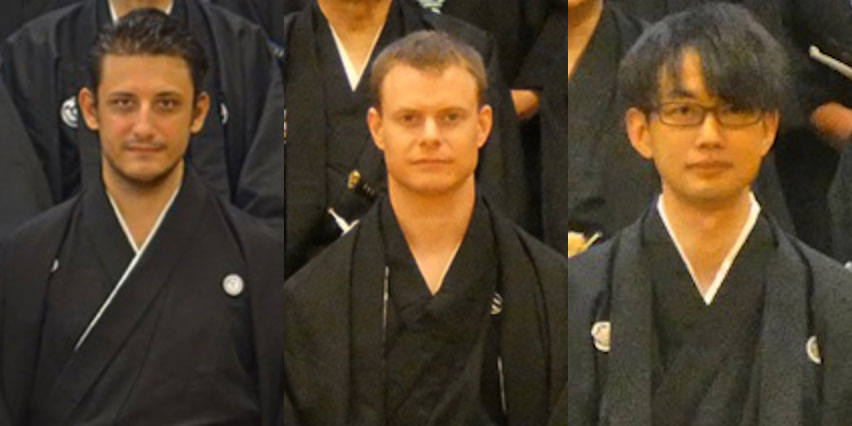 Unlike the other branches of Mugairyu, Mugariyu Meishiha demands actual cutting on the draw the way the samurai of historical times trained. There are three areas of training that must be sincerely pursued to be recognised as a true master of the art, kata (forms), kumitachi (paired fencing practice) and tameshigiri (test cutting). Dan rank, master certification and the traditional licenses (menkyo and menkyo kaiden) are only awarded to practitioners of the art who have mastered all three areas of study for a true understanding of the art in the manner of training undertaken by the samurai.

As a result of these strict demands, there are currently six federations around the world practicing Mugairyu Meishiha, including our North American Federation, European Federation, as well as federations in Russia, Brazil and other countries in South America. (There are other Mugairyu organizations and branches that claim to be the true lineage of the art without training in all three of these areas. They are simply fads without true ability, claiming to be the true lineage. These branches of Mugairyu are deceptive, and are simply other branches of the art and nothing more.)

It had been a while since we last had a Mokuroku recipient for Genko Nitoryu. There are now three Mokuroku…

Even with coronavirus still raging on, we are still continuing to train. During Nito-ryu training, practitioners don’t “bunch up” the…

Due to the uproar over the Coronavirus, this menkyo award ceremony continued to be postponed throughout the spring. The restrictions…

There were fewer members than before at this seminar, which seems a bit lonely. Participants came from The Netherlands, Italy…

Gosoke led a seminar for current and potential future instructors over 5th dan. Rather than run through the various kumitachi…

Our European Federation Chairman, Myoujyou Shinryu (Luciano Morgenstern), came to Japan and trained with us at Hombu Dojo. In addition…

The first menkyo recipient from the United States since Tony Alvarez. Mugairyu Meishiha, unlike other styles of iaido, demands that…

About one fourth of the members in the Mugairyu European Federation participated. It had been a while since I had…

Every year the number of participants grows larger, so next year each region of Japan and the world will hold…